Whether you suffer from a mental disorder or need help coping with stress, relationship troubles, substance abuse, or the loss of a loved one, psychotherapy can help.  Psychotherapy is a collaborative treatment between a therapist and client that involves identifying and addressing the thoughts and behaviors that are preventing you from living a happy and healthy life. The treatment can help you overcome your problems and leaves you with the skills you need to better cope with future challenges.

For the most effective treatment, you need to choose the right psychotherapist. Here are three things to consider:

Psychotherapy is a very diverse field. Typically, therapists specialize in specific conditions and problems. Some psychotherapists focus on issues like depression, anxiety, and/or post-traumatic stress disorder, while others specialize in helping people improve their relationships or cope with loss. It’s important to choose a therapist who has ample experience in helping people overcome your issue.

In addition to specific issues, therapists tend to specialize in particular demographics. Some therapists work with families and couples, while others work with individuals. Also, a psychotherapist may focus on a certain age group, such as children, teens, adults, or seniors.

As previously described, psychotherapy is very diverse. There are many different schools of thought, so it’s important to know which orientation a psychotherapist specializes in. For instance, Psychotherapist Stuart MacFarlane is a Jungian analyst who works with his clients to bring elements of the unconscious psyche into the conscious mind to achieve wholeness and self-realization. Jungian analysis involves working with your dreams to allow your unconscious mind into enlighten your consciousness to discover meaning and new insights and perspectives.

These are three important things to consider when choosing a psychotherapist. By considering these factors, you can select the psychotherapist that is right for you.

Recent research published in JAMA Internal Medicine found depression treatment isn’t going to those who need it most. According to the study, most Americans who screen positive for the mental illness do not receive treatment, while most of those who do don’t have the condition. The situation in the UK is similar to this.

“Over the last several years, there has been an increase in prescription of antidepressants,” said Mark Olfson, a professor of psychiatry at the Columbia University Medical Center and the study’s lead author. “In that context, many people assumed that undertreatment of depression is no longer a common problem.”

However, after analyzing data from surveys that included questionnaires to test for depression, Olfson came to a conflicting conclusion. Of the 46,417 adults surveyed, eight percent provided responses that suggested they had depression. Only 29% of those who appeared to need help received treatment. These findings show finding depression care that aligns with patient needs is still a challenge.

Here are some key findings of the recent study:

Depression Is Prominent in Low-Income Adults

Among those who received treatment for depression, only 30% screened positive for the condition, and 22% had serious psychological distress. This means they have more severe depression symptoms and may require treatment beyond antidepressants.

The study also found people with less serious or no depression were more likely to receive antidepressants than those who exhibited signs of depression, which shows a problem of over-prescription. According to Stuart MacFarlane, a Jungian analyst, less aggressive treatments, such as psychotherapy, exercise, and meditation, would be beneficial for patients with mild depression.

Some Think They Won’t Benefit From Treatment

People with depression visit their primary care doctor at least once a year for pressing medical problems. Olfson suggests that integrating depression screening and mental health services into primary care would increase awareness and access to depression treatment. 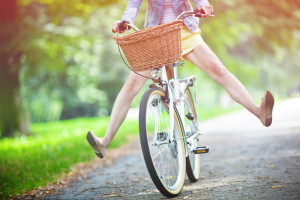 If you’ve been depressed or you’re currently depressed, then you know how deeply it drains your energy, your hope and your drive. The unfortunate reality is that overcoming depression is not quick or easy. Like running a marathon you can only take one step at a time. Even though depression can be stubbornly persistent and severe and you can’t just will yourself to snap out of it, you do have some control. Start small and build from there. Feeling better takes time but you can get there with persistence, and by making as many positive choices that you can manage. Don’t give up! You will recover!

Psychotherapist Stuart MacFarlane has helped hundreds of people overcome depression; giving them tools they can use outside of sessions as well as the support of ongoing therapy. Here are four ways you can get started!

Getting the support you need from positive relationships plays a big role in lifting the fog of depression and keeping it away. Without supportive relationships, it can be hard to maintain perspective and sustain the efforts to beat depression. Depression can make it challenging to reach out for help from others. While loneliness and seclusion can elicit or worsen the symptoms of depression, emotionally close relationships are imperative when overcoming it. Even if it seems like an overwhelming task, remember it’s the depression that’s stumping you, not your own self. With that in mind, triumph over those woes and reach out to others. It is never too late to improve your support network.

Depression can make otherwise easy tasks like getting out of bed daunting, but when you muster up the strength to get outside to exercise, it has many benefits. Numerous studies have shown that regular exercise can be just as effective as antidepressants; increasing your energy levels and reducing feelings of fatigue. Maximum benefits are going to come from 30 minutes or more of exercise per day but you can start small and then build up the motivation to go longer. For instance, 10 minute bursts of activity can have a positive effect on your mood and best of all, you don’t need to hit the gym or run miles. Something as simple as a brisk walk is enough to get you moving.

Depression tends to put a negative spin on just about everything, particularly the way you perceive yourself. Breaking that pessimistic cycle can be difficult but over time it is essential to replace those negative thoughts with more positive ones. For starters, think outside of yourself – no need to be so harsh on yourself! You wouldn’t say what you’re thinking about yourself to someone else. Allowing yourself to be less than perfect is the key. Lastly, socialize with positive people. Their bright-sided attitude is contagious!

To overcome depression, it naturally helps to do things that relax and energize you. Making small changes to your lifestyle can reap huge benefits in terms of mood. For example, getting a full nights’ rest, eating a well-balanced diet and adopting healthy habits that will become routine. While you can’t force yourself to have fun, you can pick up again on things you used to enjoy, like a hobby or a sport, and let that reignite the passion.

All in all, depression can be beaten with the right tools and resources, so take advantage of everything you have at your disposal to get back on track to happiness.