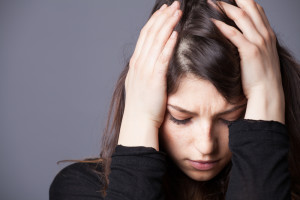 The forefather of analytical psychology was Professor Carl Jung, who developed the theory that wholeness of the personality was the goal of life, and that analysis of unconscious content through dream interpretation and “ could play an important role in that process.

Through attention to, and the study of the individual’s dreams, unconscious content is brought into consciousness. This leads to a more creative and harmonious balance between the unconscious and the conscious mind.

With that said, there are a few psychotherapy concepts involved in this branch of psychology which include active imagination, individuation, collective unconscious, shadow, logos and nekyia. Read on to learn about each concept!

The concept of active imagination is a way to bridge the gap between the conscious and the unconscious mind. Through imagination, fantasy, dreams and mediation, a person could wake their unconscious into the present through story or action. This is where someone tries to interpret the contents of their dreams without analyzing it with their conscious mind. It allows for undirected observation of their imagination instead of being an image of their desires.

The individuation process is where an individual develops into whom they truly are supposed to be but becoming your true self is often a challenge. Some individuals with emotional struggles will often feel like their lives are fragmented and disjointed to varying degrees of emotional experiences. To combat this, individuation integrates a person’s positive and negative experiences in a way where they can live a healthy and productive life with emotional stability.

Logos represent fact or reason where it ‘contrasts between conscious versus unconscious as logos versus mythos.’ Jung also believed that logos was the male counterpart for rationality and the female version was eros, which represented psychic accessibility or sentiment.

One of the key components to analytic psychotherapy according to Jung is Nekyia. This concept is the process of diving into the unconscious to deliberate or make a decisive action. Jung believed this concept was a ‘dark journey into a dangerous place’ that was essential to achieve individuation.

These concepts are necessary steps in the process of analytical psychology and many who practice this method of psychotherapy like Stuart MacFarlane, an analyst, have used these concepts to help patients achieve balance. This method of psychotherapy has helped people who suffer from depression, anxiety, bereavement, bipolar disorder and drug & alcohol addiction overcome their struggles, making it a versatile therapy tool.